/ Not Necessarily Financial / Travel Guide to New Zealand – Part One

They say that good things come in small packages and when it comes to New Zealand, this old adage couldn’t be more accurate! This small but exquisitely formed country is actually a similar size to Great Britain and has a relatively miniscule population of just 4.5 million. But don’t let the statistics fool you into thinking that New Zealand is lacklustre and lifeless; on the contrary, this incredible nation is bursting at the seams with spectacular natural and cultural delights. So let’s waste no time and jump straight into my travel guide to New Zealand.

I’ve decided to split my travel guide to New Zealand into three parts: One for each of the main islands (‘North Island’ and ‘South Island’) and one covering some useful travel tips and surprising facts about this unique country. In this first part, I will be looking at the practical side of travelling to New Zealand, such as how to get there, how much time you need to spend in the country and when is the best time to visit. 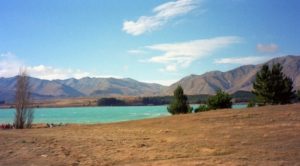 But before I impart my wise words, I want to dazzle you! For me, the highlight of New Zealand is, well, everything! From the glaciers to the subtropical forest, right through to the rugged mountains and white beaches, New Zealand’s landscape has everything! It’s verdant, it’s icy, it’s gentle and it’s wild; to put it into words will never do New Zealand’s natural beauty justice. And did you know that only 5% of New Zealand’s population is human? New Zealand plays home to several species of flightless birds, 100 year old reptiles and diverse and abundant marine life. It’s no wonder why these awe-inspiring landscapes, teeming with rare flora and fauna, have become popular film locations for epic blockbusters such as ‘The Lord of the Rings’. 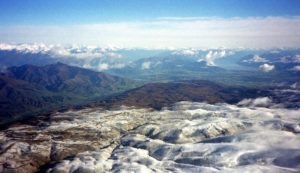 It’s not just Mother Nature who has played a huge part in creating this captivating country. New Zealand’s culture and history is a patchwork quilt of international influences: with Māori, European, Pacific Island and Asian cultures, New Zealand has become a real melting-pot of traditions, customs and heritage. All of this can be seen in the diverse cuisine, architecture and arts, which I strongly encourage you to completely submerge yourself in!

So let’s go! To help you make the most of your trip, part one of my travel guide to New Zealand aims to answer some general questions and give you some handy tips before you experience one of the most incredible countries on Earth!

Where is New Zealand?

Approximately 4,000 km off the south-west coast of Australia, in the South Pacific Ocean, lies New Zealand. The country 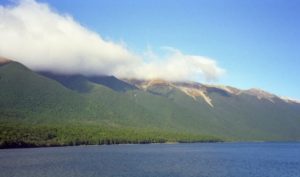 is made up of two main island, ‘North Island’ and ‘South Island’, however there is a third, smaller island called ‘Stewarts’ Island’, which lies at the very bottom of the country. There are also hundreds of smaller islands offshore. The landmass is relatively small in size and no part of the country is more than 79 miles from the sea. Nearly a third of the population live in Auckland on the North Island; in fact more people live here than the whole of the South Island.

Do You Need a Visa to Travel to New Zealand?

If you are a British or Australian citizen, or a citizen of a country with a visa waiver agreement with New Zealand, you will not need a visa to visit New Zealand on ho

liday. A full list of countries with this agreement can be found here: http://www.visabureau.com/newzealand/holiday-visa.aspx.

Without a visa you are permitted to stay in New Zealand for up to 6 months. You will however need proof of on onward travel (e.g. a

return ticket home or a ticket to fly to another country outside of New Zealand) and evidence that you can support yourself.

When is the Best Time to Visit New Zealand? 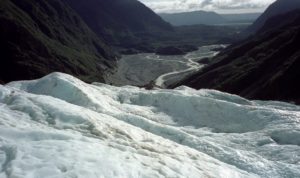 Being in the Southern Hemisphere, New Zealand experiences opposite seasons to those of us in the Northern Hemisphere, i.e. continental Europe, North America, Central America, the Caribbean, the vast majority of Asia, 2/3 of Africa and 1/10 of South America. This means that our summer is New Zealand’s winter, and vice versa.

How Much Time Do I Need to Spend in New Zealand?

This is actually an incredibly difficult questions to answer! Part of me is inclined to tell you to spend as long as possible (6 months without a visa) exploring this diverse country. I do of course appreciate that this is likely to be impractical, so I would probably recommend anywhere from 2-6 weeks.

Flight times to New Zealand are approximately 26 hours, without stops, so this may have a bearing on how long you chose to stay. For me, the ideal trip is to stop off en route (maybe somewhere like Hong Kong, Dubai or LA) for a few days, and do the same on the way home. This of course lengthens your trip, but does means that you are not travelling for excessively long stints. Plus, you get to potentially see 3 countries on one trip away!

However long you chose to stay in New Zealand there will be plenty for you to do. My top tip is to explore as much as possible, so that you can take in as much of the islands as possible.

How Do I Get Around New Zealand? 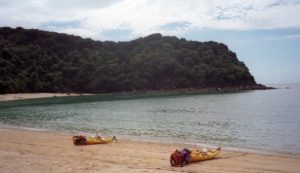 Owing to the physically small nature of New Zealand, travelling around the islands is a popular option. The roads are generally high quality and routes have been planned with tourists in mind, making location hopping by car an enjoyable experience.

However, if you prefer not to drive, New Zealand is home to a comprehensive bus and rail network, with links to over 600 cities, towns and communities. This is the scenic way to travel and best suited for those who may feel uncomfortable driving in an unfamiliar country. Alternatively, flying is also a relatively affordable way to travel and no internal flight takes longer than 2 hours.

What is the Currency in New Zealand?

What Languages are Spoken and What Cultural Etiquette Should Be Observed?

There are 3 official languages of New Zealand: English, Māori and New Zealand Sign Language. English is the day-to-day language and is widely spoken, however Māori will often be heard throughout the country and is used commonly in television and radio. Don’t be surprised if you hear some vocabulary that sounds unfamiliar- Māori culture has influenced English, and English has influenced Māori.

In terms of general etiquette, New Zealand is a very laid-back country and you should find that the majority of people are welcoming and friendly. There is however a very strong ethos of protecting the environment, so ensure that you are respectful of any environmental rules and concerns. 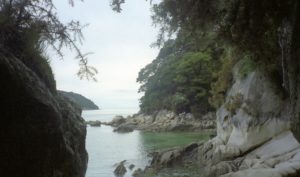 If you do visit a traditional Māori settlement, there are some more specific rules to follow, which can be found here: http://www.commisceo-global.com/country-guides/new-zealand-guide. These are nothing to worry about, but it is worth making yourself familiar with some customs that may seem very different to your own.

I hope that Part One of my Travel Guide to New Zealand has given you a good overview of what to expect from New Zealand, as well as some useful tips to help you prepare for your visit. In Part Two we will be visiting the South Island, where I will show you some incredible sights and activities to help you make the most out of your trip to New Zealand.