With ever increasing life expectancy, we’re all giving far more serious consideration as to how our finances affect our retirement. Nobody wants to live out their golden years worrying about money, therefore it’s crucial to understand your pension plan and its features before you reach this important milestone.

Now more than ever, pensioners have a great deal of choice on how and when to draw their funds, but with this freedom comes a great deal of tax implications. To help you better understand your f​​lexible retirement income, we’ve covered your most pressing questions below.

Also known as flexible retirement income or pension drawdown, a flexi access drawdown is designed to give individuals more freedom and choice when investing and withdrawing their retirement funds.

Every new drawdown product created since April 2015 offers individuals a flexi access drawdown. This pension feature was specifically designed to provide a continuous income during your retirement years and it offers retirees a more flexible way to manage their finances. You can take up to 25% of your pension pot as a tax-free lump sum and the rest will be taxed according to your marginal rate. 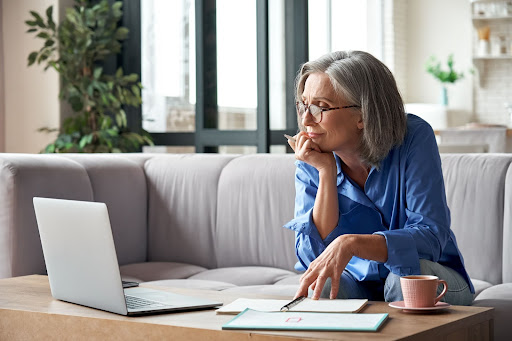 Previously, pensioners were limited to a capped access drawdown. The main difference between capped and flexi access drawdown pensions is that the former has a limit on the total amount you can withdraw from each pension year.

As soon as you turn 55, you can begin withdrawing cash from your fund. Thanks to the flexi access feature, you can decide how much, or how little, you would like to draw out during your retirement.

You can withdraw up to 25% of your pension pot tax-free, either in a lump sum or smaller portions. The rest of your pension pot remains invested, allowing your finances the chance to grow. You are also granted a certain degree of choice when it comes to allocating your investments.

It’s important to note that your flexi access drawdown is not infinite and it only applies whilst there is money in the pot. You'll need to think about your investment and withdrawal choices carefully. As a set retirement income is not guaranteed, you’ll need to consider how much risk to take with your investments and how often to withdraw from the pot.

It’s up to you to choose how the rest of your money is invested, however, it’s advised that you plan your withdrawals and match any remaining investments to your level of risk tolerance.

What are the rules?

The primary rule to consider when examining the flexi access drawdown is that you’ll be charged under your usual tax bracket after receiving your initial 25% tax-free lump sum.  Any withdrawals after this drawdown limit could be taxed as earnings.

Another key rule associated with the flexi access drawdown is that you’ll be subjected to contribution limits after you withdraw more than your 25% tax-free allowance. Therefore, you’ll only be able to contribute £4,000 per year, rather than £40,000.

What’s the difference between flexi access and capped drawdown?

Some benefits of the flexi access drawdown scheme include:

As with any pension scheme, there are some downsides to the flexi access drawdown, more notably:

Flexi access drawdown is a complex topic, especially in the world of pensions and retirement planning. Below are a few of the most commonly asked questions.

Can you transfer capped drawdown pension to flexi access drawdown?

Yes, instead of exceeding your cap, you can notify your scheme and fill out a conversion form to transfer your capped drawdown pension to a flexi access drawdown. However, you should be aware that this transfer is irreversible.

How does flexi access drawdown affect my annual allowance?

Do I pay Income Tax on pension drawdown?

Yes, any income you receive after the initial 25%, which is tax-free, will be taxed as earnings per that tax year. If the total value of your pension savings is higher than the lifetime allowance (£1,073,100), you may be subjected to further tax charges.

Can I continue contributing to a pension if you move into drawdown?

Yes, you can continue to contribute as long as you are under the age of 75.

All in all, the flexi access drawdown gives individuals a great deal of freedom, choice, and versatility when it comes to managing their pension pot. This model provides more control over investment decisions and greater flexibility regarding cash withdrawals. 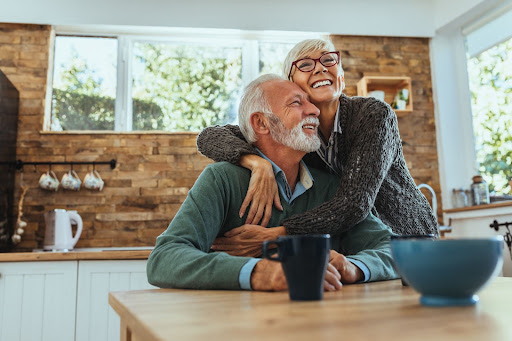 When you evaluate the difference between capped and flexi access drawdown schemes, the latter can offer more benefits than drawbacks. However, we strongly recommend you have your individual needs assessed by a professional, as every situation differs.

If you are still in need of some advice on flexi access drawdown or anything to do with pensions, Efficient Portfolio works with a wealth of professionals who will be able to advise you further. Contact us today.

Book a chat with one of our team

The first step to achieving your goals is to discuss your concerns with a member of our team.
Book a call

Planning and Implementing a Successful Exit from your Business

Planning and Implementing a Successful Exit from Your Business

Book a chat with one of our team

The first step to achieving your goals is to discuss your concerns with a member of our team.
Book a call
GET IN TOUCH